Custodians of the Early-Modern Past: 20th Century Peasant Rebels and the Construction of a Southeast Asian Resistance Culture 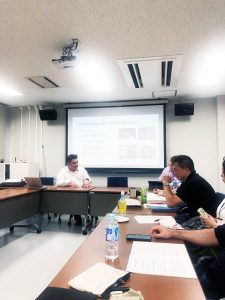 As part and parcel of the historical change that has taken place in Southeast Asian countries since their independence, the writing of the region’s history has likewise evolved, following four stages: 1) nationalist history, in which elites, as an expression of newfound national political will, constructed hegemonic, unitary historical narratives; 2) area studies, in which the focus was on interpreting resistance movements in Southeast Asia in order to displace paradigmatic colonial understandings of national histories; 3) postcolonial studies, which worked to critically reinterpret the colonial archive; and 4) inter-Asian studies as a new method.

With these stages in mind, Aung-Thwin examines the Saia San Rebellion, Myanmar’s biggest rural uprising. Using postcolonial approaches to critically evaluate the documentation of the rebellion by colonial authorities, he finds that previous historical accounts are fictions that were constructed on a foundation of shaky evidence by those authorities as a means of countering the rebellion. Accordingly it becomes clear that the stereotypical image of the Burmese peasantry—as having been incapable of taking political action except through traditional symbols and religion (established under the area studies paradigm)—also relied fundamentally on these colonial counter-narratives.

As the new methodologies of inter-Asian studies advance, a new problem for scholars of Southeast Asia will be finding a framework that can accommodate equally the diversity of Southeast Asia and the coherences necessary for conceptualizing it as a region. New research that takes up this challenge has begun to offer fresh methodologies, such as focusing on early modernity or comparative approaches that do not take the West as the axis of comparison but rather look within Southeast Asia or to Asia writ large, examining the way different regions’ marginalized groups came to share in a common experience of modernity.

The first question was what the most important primary historical documents about the Rebellion are. Aung-Thwin answered that in terms of what events took place, we have no choice but to look at the reports prepared by the British; since these are not necessarily truthful, however, to trace how the historical narrative was shaped he has used unwritten sources and private accounts by people who went to Burma. He emphasized that an accurate account of the Rebellion must begin with an examination of how its history has been written.

Another participant asked for details on the documents unrelated to Saia San that appear in the court records, which Aung-Thwin had mentioned in passing. Apart from Burmese peasants, there are many records that pertain to Indians and others, so he does not believe that it is possible to say that the Rebellion was an exclusively Burmese affair.

Regarding his current research, Aung-Thwin explained that his previous work provides only an analysis of the structure of the court records, so he wants to delve deeper into the motives behind the rebellion and resistance activities in order to provide a more accurate account of events. Also, because we lose track of the people who appear in the court records after decisions were handed down, he intends to try to track them down through the writings of exiles, etc.

Finally, a participant commented that Aung-Thwin’s presentation was highly relevant to the General Symposium held May 25-26, and that the stimulating debate it elicited had provided an excellent opportunity to reflect on the results of the symposium.