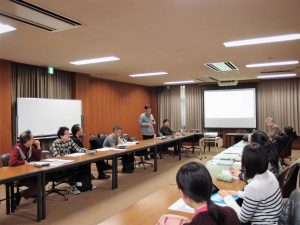 At the latest in the sixteenth century, the Ottoman government limited burials inside the city wall of Istanbul’s historical peninsula to those who obtained permission from the sultan. Accordingly, several expansive cemeteries were created on the city’s outskirts. These cemeteries were not merely resting places for the dead but were refreshment and entertainment sites for the residents of early-nineteenth-century Istanbul. However, as the urban area significantly expanded in the same century, the cemeteries’ close proximity to residential areas troubled urban inhabitants and was considered an obstacle to urban development. Ueno examined three cases involved with the treatment of cemeteries in the mid-nineteenth century. In Kadıköy, Armenians requested permission from the central government to build a wall around their cemetery. The request was approved, given that the Orthodox Christian cemetery in the same district had a wall. In Beyoğlu, the government attempted to expropriate the cemeteries of four Christian communities. While the Catholics and Protestants acceded to this demand, the Armenians and the Orthodox Christians resisted, building walls around their respective cemeteries. When the government prohibited burials within the Armenian cemetery in Beşiktaş for public hygiene maintenance, the Armenians of this district resisted, justifying their act by requesting the same treatment as other religious communities living in the area.

Through these cases, Ueno argued that while the Ottoman government was required to negotiate with separate religious communities to pursue urban reforms, communities could justify their resistance by referring to the situation of other religious groups. Thus, it is useful to consider not only the vertical relationship between the government and one of the communities but also the horizontal interfacing between diverse communities in understanding the multireligious Ottoman urban politics.

An audience member posed a question about whether the cemeteries in Istanbul had clear borders. Ueno answered that, considering the distance from the residential areas and the nonexistence of surrounding walls, the borders of the cemeteries might have been unclear until the nineteenth century. Regarding cemetery management, Ueno replied that each religious community’s church organization managed their respective cemetery. When asked about the rules to determine in which cemetery one would be buried, Ueno relayed that the closest cemetery to the residence of their family members might have been preferred.

The Ottoman guilds were a community with a hierarchical structure encompassing masters, artisans, and apprentices, with the leader at the top. Iwata considered the lodgings of the workers in Istanbul, focusing on the relationship with the guilds.

Inns were managed by members of the innkeepers’ association (hancı esnafı). Their management structure comprised the owner, manager, and keeper.  The headman of cells (odabaşı) was designated as a keeper when the manager could not directly oversee the inn. He was also a representative of the stayers.

Some boathouses were used as inns while they had functioned as storerooms for boats of the boatmen’s guild (kayıkçı esnafı). Different people acted as the managers and keepers of boathouses, likewise the inns.

The bachelors’ rooms—lodging spaces attached to shops and warehouses—could be further categorized into five types based on management methods, including illegal ones. In each case, they were overseen by men who were not professional innkeepers but masters and wardens of the guilds. Bachelors’ rooms were common in districts where inns were relatively scarce, built to provide refuge to workers in districts with few inns rather than to profit from inn management. Supposedly, most lodgers circulated between official and unofficial inns, proceeding back and forth between official and unofficial jobs because of their unstable lifestyles.

A participant asked about double rent. Iwata answered that rent was a method to secure the usufruct of workplaces, not only of inns. Generally, an inn manager paid rent for a building for a specified period. It could be rented out to another person after the term of a contract expired. Thus, inn managers paid double the rent to prevent another party from renting the building and securing their business.

On being asked if the position of the guild warden was hereditary, Iwata replied that the position could be purchased by military personnel but could also be inherited.

First, a participant commented about the difficulties that accompanied the relocation of cemeteries in China and Japan. He stated that the relocation of cemeteries in Istanbul seemed easier than it was in China and Japan. Ueno agreed, mentioning that the lack of ancestor worship among Ottoman Muslims might have made relocating their tombs easier. In addition, their tombs did not belong to families; they were personal.

Next, a participant introduced the case of the Sennichi bosyo (千日墓所) cemetery in early modern Osaka. The municipality of Osaka City relocated this cemetery due to urban planning in the modern era. Because this cemetery had been owned and managed by a nearby village, the Osaka municipality might have taken over the ownership of the cemetery before relocating it.

Then, an audience member requested more information about inns (han). Iwata answered that inns were found both in the countryside, on the trade routes, and in the cities. It is conceivable that the city inns had initially been for merchants and caravans from the equipment to accommodate horses. He added that it should not be overlooked that most inns were the waqf property.

Some audience members commented that inns should be considered based on the contemporary urban political situation, such as relationships with the janissary.