The second workshop was held at Osaka City University from 5 pm on December 21, 2017. With the participation of overseas co-investigators, this event was to announce the full-fledged start of our project “Marginal Social Groups’ Experiences of Modernity: Building Bridges between Historians of Asia in Japan and the West.”. 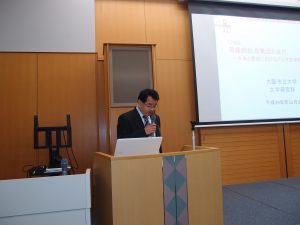 The workshop was first addressed by Tōru Inoue, Executive Director and Vice-President of Osaka City University. Touching on the activities of the Graduate School of Literature and Human Sciences and the Urban-Culture Research Center (UCRC), Inoue went on to stress the major significance of our project having been accepted by the Japan Society for the Promotion of Science, expressing strong hopes that the project will achieve numerous research findings.

Explanation on the Intellectual Circulation Program

Next, the Chair of the Steering Committee Ashita Saga (Professor, Graduate School of Literature and Human Sciences, Osaka City University) explained about the goals, significance, and plans of the project.

Next, the Principal Investigator Takashi Tsukada (Professor, Graduate School of Literature and Human Sciences, Osaka City University) gave a keynote speech on the aims of the project and its significance in terms of research. 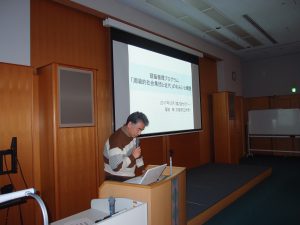 The fact that abundant source materials on people of non-elite status in the early modrn period have survived in Japan is closely related to the pecuriality of early modern Japanese society, in which civil rights were held in a layered manner by diverse status groups.
One example of research on source materials carried out with the focus on this fact is the collaborative survey undertaken in Izumi City by the Department of Japanese History, Osaka City University. It yielded many insights into how village documents were handed on when one headman succeeded another. Also, the survey on miyaza and ko religious associations allowed a picture to be drawn over the historical long term of how the management of miyaza and ko at the level of everyday life persisted strongly even through major political changes such as the Meiji Restoration; and how, indeed, these associations only started to dissolve in the period of rapid economic growth in the second half of the twentieth century.

In this project too, we should remain aware of the fact that the nature of source materials in each society is closely connected to its character and social structure, as we analyze marginal social groups in various regions, comparing them and furthering our studies. 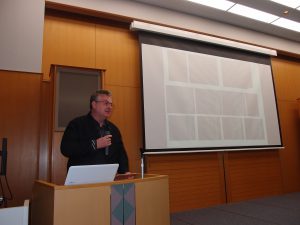 Subaltern studies have been making great strides up to now at Singapore, but this approach is reaching the end of its lifespan and new research is required. The discussion on marginal social status now underway in Japan is of the deepest interest. What I would like to focus on in this international collaborative research project is how subaltern studies differs from the marginal social status approach, and how current research should link up with the next generation going forward. 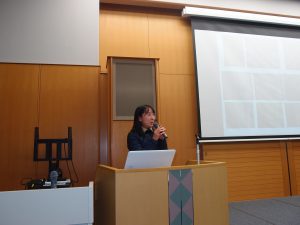 Japan has a wealth of historical source materials and the idea of undertaking flourishing research on this basis is extremely appealing. Currently, interest in research on Japanese history is very much on the rise among Chinese students, as it is in other countries. Going forward, among other things I would like to hold a regular study meeting at Shanghai University on reading early modern and modern Japanese source materials. I have great expectations that this international collaborative research project with Osaka City University will lead to positive exchanges.

In regard to Tsukuda’s report, one point made was that the passing down of source materials by marginal social groups is related to the issue of literacy, meaning that in other countries the only remaining material was almost entirely oral in nature. Comparative study would be required. Also, one questioner asked that if civil rights were also shared by people of non-elite status, would this not mean that comparatively fewer source materials would be left by elites? And yet, in the case of early modern Japan, copious source materials had been left by the elites.

After a break, a presentation was given by Madoka Morita (Researcher, UCRC), who would be provided with an opportunity to conduct research at Yale University. 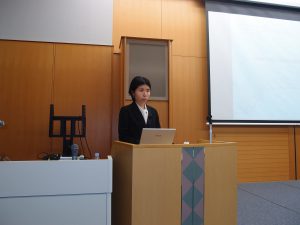 Neighborhoods in Ottoman cities have generally been considered religiously organized autonomous communities as well as the smallest unit of urban administration. In her talk, Morita explored how neighborhood communities of Istanbul were transformed during the eighteenth century. She examined the court records of Istanbul and focused on the system of marriage contracts in particular, because it reflected an aspect of the interactions between the state and its subjects. She discussed how a new regulation on marriage contracts introduced in the early eighteenth century was instrumental in creating an inseparable linkage between residency in a locality and the verification of marital status, and how this linkage led to neighborhood imams gaining a nearly absolute control over the local leadership of both Muslims and non-Muslims, particularly in terms of urban security. In contrast to the conventional view that Muslims and non-Muslims created their own neighborhoods separated along religious lines, she concluded that both Christian and Jewish neighborhoods were subsumed under the demarcation of the mosque-centered neighborhoods.

Asked if there are any source materials produced by neighborhood communities, Morita responded that no such archival sources for the eighteenth century are known to have been survived to this day. Another question concerned the relevance of the “decline” paradigm that previously dominated in the historiography of the eighteenth-century Ottoman Empire. Morita replied that she wished to join the recent scholarship that has approached it from the perspective of “transformation” by locating her current project in a broader discussion on the evolving relations between the state and society in early modern Ottoman Empire.

This second workshop was the scene of various fascinating discussions over the course of almost three hours of presentations and lively debate. Proceedings came to a close at around 8 pm, after which the participants held a reception.