In this seminar, Professor Kotani, who specializes in the history of India from the medieval to the modern period, covered marginal social groups in India, with a focus on the early modern Maratha Empire. In a society based on the caste system where all the castes, including the untouchables, each has its own caste rules for its members, are given a specified place, the marginalized are defined as those whose membership of their caste has been taken away as a result of their violation of those caste rules. Although historical records are generally silent about such marginalized people, two types of rare cases are documented in Marathi-language sources about those who were expelled from their caste due to their engagement in society in some form despite their marginality. The first type of case involves the inclusion of female slaves originally from the untouchable caste in a household, which forced the owners to receive a purification ritual when the origin of these slaves became known. The second type relates to dancing girls who served the wider caste society through musical performances in weddings, entertainment shows, and prostitution.

Professor Ueno provided some observations on Professor Kotani’s work on the history of India from the perspective of Ottoman history. Professor Ueno began by emphasizing that Professor Kotani’s research focus on the development of Marathi society from the early modern to the modern period is truly pioneering given that the Japanese historiography of South and West Asia has to date predominantly focused on the sixteenth century and centered almost exclusively on the Mughal, Safavid, and Ottoman Empires, a fissure in the historiography that clouds our understanding of the paths the early modern societies in the region took to modernity. Professor Ueno then highlighted that one of the elements that has made the research focus of Professor Kotani possible is the rich extant archival sources at the village level, which is in stark contrast to the Ottoman Empire that suffers a scarcity of local archives. Professor Ueno also stated that despite the assumed low literacy rate in both Ottoman and Marathi societies, the extensive use of documents in the latter at the local level is quite surprising. As one possible explanation for this difference, Professor Ueno pointed out that the difference in the use of paper between the two societies may have partly resulted from its cost as the Maratha Empire produced paper domestically, whereas the Ottoman state continued to rely on its importation throughout the early modern period. 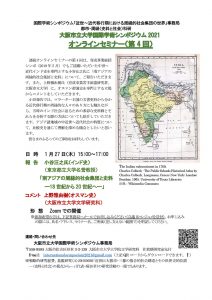